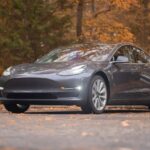 The mention of the word Tesla sends some shivers to some quarters. America’s renowned electric-only car brand that’s so much-hyped.

This article is more investigative about whether the value you get from the model is worth the money you invest.

Tesla aims to ensure a clean environment through a clean transport revolution as opposed to the combustion engine cars. The brand gets its name from Nikola Tesla, the inventor of the modern AC system.

Tesla is leading in the charge to bring electric cars into the mainstream, and recently, it introduced its cheapest model, Model 3. It also offers premium models like the S and X for affluent buyers.

Its supercharger network gives a solution to the traditional electric car concerns by offering fast and extended driving ranges and a vast network of roadside charging.

The brand has also stood out with cutting-edge technology, including the driver-assist system dubbed Autopilot. Though it has a patchy record of profitability, the seemingly promising future of Tesla saw it surpass Toyota in 2020 to become the world’s most valuable carmaker.

Its cars are purely electric and therefore have zero tailpipe emissions. The CEO Elon Musk is a renowned trailblazer and a disruptor whose reputation has courted lots of controversy and plenty of fans around the car world.

The Cost of Tesla Cars

The argument with the CEO is to produce affordable mass-market electric vehicles, but that time is yet to come. The Tesla eclectic cars come at a premium, and therefore only the affluent can afford them. The cheapest model is the Tesla Model 3 large saloon, whose price is a minimum of $40,000.

How to Choose the Best Tesla Model

Tesla offers three models, with one expected by the end of 2021 or 2022. The latest Model 3 saloon car is quite a push toward the mass-market appeal, which seeks to push the prices to reach the mainstream buyers. It’s cheaper than any other Tesla car model though still highly-priced at $40,000- not any man’s ‘pocket change.

It’s slightly smaller both in and out. The dashboard is a simple one and a medium touchscreen that houses almost every control. The UK offers the entry-level standard with a single electric motor that drives the rear wheels. The long-range and performance models have a large battery and all-wheel drive.

All the Tesla models come with single-speed automatic transmission.

This is the oldest of all the Tesla models. It’s a luxurious car that offers plenty of passenger space and doesn’t sacrifice the high-end sports car performance. In addition, the model comes with an exceptionally generous driving range of 424 miles – that should calm you, the worry-prone battery watcher.

The Model S features The Autopilot mode, which offers high-level driver assistance. There’s also an additional ‘full self-driving capability,’ which adds some more drive-assistance features. Then there’s the  Tesla Referral Code, which allows you to earn lucrative bonuses when you refer other people or even when you’re buying a new Tesla model.

The compact cross-over SUVs are growing in popularity, and therefore, Tesla seems to be missing an offering. However, it aims to bridge the gap with the new Model Y expected in the market anytime. The design includes a heat pump to heat the interior cabin. That should improve the car’s electric range in freezing weather.

0 0 0
Previous : Veritas Global Offers Comprehensive Vehicle Service Contract
Next : Things to Do Before Going on a Long Drive