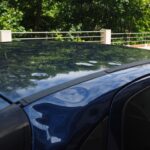 Owning a car is a big investment, and for this reason, you need to take good care of it. Truth be told, after spending your money on buying your dream car, a part of you will definitely be hurt the moment it gets a dent. However, as a car owner, you need to know that dents occur from time to time.

Perhaps you were at the store, and when you came back to your car, you found a dent on it or even had a minor accident on the road, and your bumper almost fell; what next? The first thing that hits you after seeing the dent is the cost implications. But do you know that you would rather fix it immediately rather than later? Read on to find out more.

When your car gets a dent, the paint in that particular part is also damaged. As such, water can easily seep in and reach the car’s metal part, hence causing rust. When the dent is not fixed immediately, it means that your car’s overall structure will be weakened, hence causing even more problems later on.

As aforementioned, after getting a dent, some paint also comes off in the process. Neglecting the dent and postponing your appointment, therefore, means that the paint may be damaged even further. Considering wear and tear, weather conditions, and regular car washes, cracks may start forming from the dented part and eventually causing more paint to come off in the process.

Leaving it even longer may expose the car body to more metal rust, which is something you should avoid at all costs.

Dealing with the dent or scratch on your car right away will save you a lot of costs in the long run. This is so because you will get to deal with it before it becomes a bigger issue. It will be more expensive to paint your whole car all over again due to chipped paint spreading over from the dented part than painting it on the dented part only. It can become even costlier when rust had started forming on some parts of the car after you left it for a long time.

Lastly, fixing the dents immediately helps you maximize the value of the car. When you want to sell your car, the first thing that potential buyers look at is the car’s general appearance. If the car is dented, they may ask for a reduced price or not purchase it altogether. Therefore, if you want to get a good amount of money after selling your car, it is vital to get the dents fixed.

After noticing a dent or a scratch on your car, you need to get it fixed as soon as possible. Also, ensure that you buy the paint and any other product from a reputable auto body shop and get it fixed by professionals.

0 0 0
Previous : General Wellbeing: Become Smart and Happy by Cycling
Next : HOW TO HIRE A GENERATOR FOR AN OUTDOOR BUSINESS EVENT